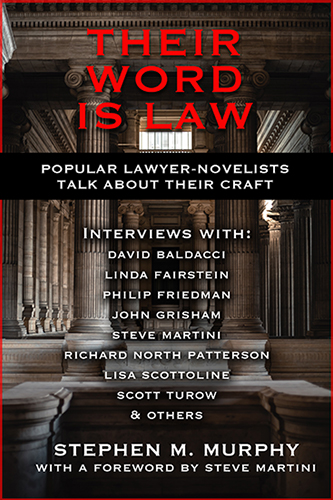 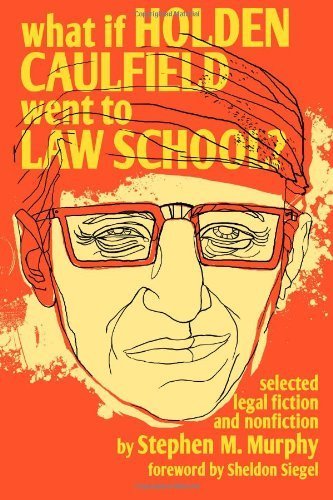 Their Word Is Law

Popular Lawyer-Novelists Talk About Their Craft

What If Holden Caulfield Went to Law School

Praise for Their Word is Law

“San Francisco personal injury lawyer Stephen M. Murphy has talked with dozens of JDs-turned-authors over the years, and in Their Word Is Law: Bestselling Lawyer-Novelists Talk About Their Craft, he gathers their pearls of wisdom into an anthology of interviews. Novelists, both famous and not reflect on their craft in engaging terms, and Murphy is a fine cross-examiner.”
—Publishers Weekly

“A handful of writers have indelibly marked the booming genre of the legal thriller. San Francisco attorney Murphy, a self-proclaimed superfan of the genre, began interviewing lawyer-authors in 1988 for a local bar association publication. Fascinated by these writers’ dual professional roles, he wondered which came first for them, law or writing. He assumed that the law prompted putting pen to paper, but his first interviewee, Scott Turow, whom he considers the father of the current legal-thriller movement, was a writer first. Not every subject’s story was the same, of course, and in interviewing 31 writers, Murphy discovered a range of paths to getting published. Some interviews are a few years old, so the subjects aren’t talking about their latest hits, but that doesn’t make the conversations any less fascinating. Brief biographies, sometimes an excerpt, and bibliographies accompany the talks.”
—Booklist

“Their Word is Law is a wonderful compilation of 31 interviews with the masters of the genre, including John Grisham, Scott Turow, Richard North Patterson, John Mortimer, Steve Martini & Lisa Scottoline. Author-compiler, Lawyer Stephen M. Murphy, discusses the inner workings of their writings & why they turned to fiction. The sharp analytic questions bring out the essence of the writings of each of the authors & how they put to great use, the knowledge of law in their works. The questions posed & critical analysis of each work raised by Mr. Murphy alsoreveals the author’s passion & regard for the legal thriller genre… A must-have reference for the legal thriller lover. Hats off!!! Mr. Murphy, a wonderful compilation.”
—Rebecca’s Reads

Praise for What If Holden Caulfield Went to Law School

“A tasty literary smorgasbord… Murphy is an excellent reviewer, whose detailed discussions will attract readers both to writers he admires…and those he’s more dubious about… In the interviews, he asks informed, challenging, sometimes critical questions.”
—Jon Breen, Mystery Scene

“A delightful and at the same time substantive read. Great and captivating legal fiction [along with] a spate of interviews with some of the real stars of the world of legal fiction. Murphy’s fiction stories are tight, well-written, and insightful, both in regard to character development and the world of practicing law. The writer interviews are really satisfying—Murphy’s questions to the writers are spot on… For anyone who loves legal fiction, or just great writing in general, I highly recommend this book.”
—Amazon Reviewer