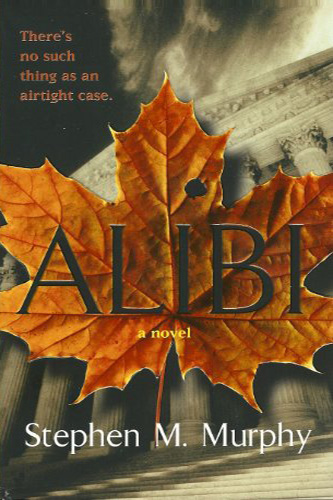 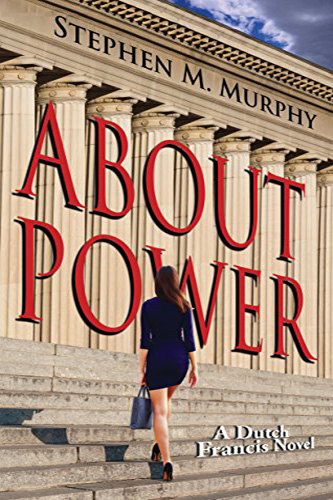 Lawyer Dutch Francis defends a high-profile murder case, in which a judge is accused of killing his wife, when his own wife, TV news broadcaster Ginnie Turner, goes missing. As he confronts an ineffectual police department, suspicious that he is involved in his wife’s disappearance, he decides to take matters into his own hands. Exhausted by the murder trial, he struggles to balance both responsibilities, pushing him to the brink of losing everything he holds dear. At first he thinks Ginnie was kidnapped in retaliation for her recent stories about sex scandals. But after receiving bits of her in the mail—fingernails, hair—he realizes the kidnapper may actually want to punish him. Could his defense of the judge be the reason?

After leaving his ex-wife and a lucrative corporate practice in Boston, Dutch Francis moved to Manchester, New Hampshire to practice a “more humane kind of law.” His ex-partner and ex-father-in-law Rodger Dobbs, a Brahmin whose roots go back to the Mayflower, refers him a sexual harassment case involving his niece Julia Howard. Howard is a former associate at Thibodeau & Franklin, a prestigious New Hampshire law firm. Julia claims that senior partner Vincent Thibodeau made unwelcome sexual advances toward her and she had to quit her job to get away from him. Thibodeau is a prominent player in New Hampshire Republican politics and a nominee for a high visibility position on the First Circuit Court of Appeals. As the sexual harassment case spirals out of control, Dutch finds himself drawn into charges of attempted murder, date rape, and sexual molestation. His relationship with beautiful television newscaster Ginnie Turner reaches a crisis point as Dutch must confront his own conceptions of power and sex.

THE CALL: Boston Lawyer Dutch Francis has moved to the small city of Manchester, New Hampshire, where the only criminal cases he takes are DWIs. That is until—after more than twenty years—his childhood friend Larry Conway calls, pleading for his help.

THE CRIME: Out of the goodness of their hearts, the Conways have taken in a troubled young man named Raymond Walker. Now, Walker stands accused of murdering the local college football star, a future All-American.

THE COVER-UP: Dutch is up for the challenge. Anything for a friend. But the more Dutch investigates, the more he is convinced of his client’s innocence. and the closer he gets to uncovering a shocking conspiracy in which he is nothing but a pawn…

“In Abiding Conviction, Stephen M. Murphy has crafted a winning legal thriller that will delight fans of his Dutch Francis series and garner him many more—impeccable plotting, true to life characters, unexpected twists and surprises put the “drama” into courtroom drama and make this one impossible to put down.”
—John Lescroart, bestselling author of the Dismas Hardy series

“Abiding Conviction is a riveting courtroom drama with authentic and dazzling dialogue that could only have been written by a total pro at the top of his game. Stephen Murphy has done it again. Don’t miss it!”
—John Martel, national bestselling author of The Alternate

“Smart, tenacious, and resourceful, Dutch is a fighter with a moral compass and a compassionate soul. With a complex and fast-paced plot, Abiding Conviction is a compelling read where you can feel Dutch’s desperation as the storylines converge into a satisfying conclusion. Already looking forward to the next installment. Highly recommended.”
—Sheldon Siegel, New York Times best-selling author of the Mike Daley/Rosie Fernandez novels

“Double-barreled suspense as a lawyer prepares to try his biggest case, a murder trial with a judge for his client, when his wife goes missing. Ginny is a prominent local news anchor whose reporting has offended several people, and Dutch is a lawyer, so there are plenty of suspects. Suspense tightens on two tracks as his client forces him to trial anyway, and Dutch calls on all his resources to find his kidnapped wife. The tension holds the reader and I can attest the courtroom scenes are genuine. Great suspenseful work by novelist Stephen Murphy.”
—Jay Brandon, author of Against the Law and From the Grave

“I like Dutch Francis, the hero of Abiding Conviction. You will too. He’s good company. And you’ll like the story he tells you about a complex, interesting case, with many quirky, but often sympathetic characters. This is a very good book.”
—John J. Obsorn, Jr., author of The Paper Chase

Praise for About Power

“About Power is a wonderful novel that is an entertaining and compelling read. Dutch Francis is an extremely like-able and interesting protagonist—witty, insightful and strong willed yet possessing just the right amount of compassion. The other primary characters are also well developed, leading to an unexpected depth in a legal thriller. The author also does an excellent job exploring/intertwining several subjects—power, sexual harassment and family/personal/ working relationships. I really enjoyed the book and look forward to the next Dutch Francis novel. Highly recommended.”
—Amazon reviewer

“New Hampshire lawyer Dutch Francis returns and is in stellar form in About Power, Stephen M. Murphy’s highly anticipated sequel to his superb debut, Alibi. In About Power, Francis must stare down old demons and face new challenges when his one-time mentor and former law partner asks him to take on a high-profile sexual harassment case. A bit older, a little wiser, but still a tenacious advocate on behalf of his clients, Francis is the lawyer you want at your side if you are in serious trouble. Deftly plotted and expertly executed, Stephen Murphy blends suspense, legal maneuvering and a touch of romance which culminates in a compelling and satisfying denouement. We will look forward to reading more about Dutch Francis. Highly recommended.”
—Sheldon Siegel, New York Times best-selling author of the Mike Daley/Rosie Fernandez novels

“Murphy describes Manchester, New Hampshire, accurately. Alibi is Murphy’s debut thriller and an attention grabber from the first page. There are many twists, and a surprise ending. RECOMMENDED.”
—I LoveAMystery.com

“Dutch is a great character. The preparation for trial and the trial itself ring absolutely true.”
—RomanceReader.com

“The character of Dutch Francis is well developed with his feelings of justice and friendship.”
—MyShelf.com

“Alibi is one solid legal thriller & a grand read! What follows is courtroom drama at its best culminating in a stunning finish. There is a touch of Turow & Richard North Patterson in the narration, & fans of those authors will definitely find Alibi a really good read.”
—RebeccasReads.com

“A great read! Stephen Murphy shows he’s privy to the secrets of creating compelling characters, building suspense and delivering to his readers a satisfying resolution—with plenty of twists and turns along the way. But that should be no surprise. Murphy is the author of Their Word is Law, a collection of interviews he’s conducted over the years with novelist lawyers like John Grisham, David Baldacci, Steve Martini, Scott Turow, and Lisa Scottoline, where the authors, prompted by Murphy’s insightful questions, lay bare their craft. Here are two questions I’d want to ask Murphy for his interview: In addition to the terrific and genre-mandated stakes—life, death, love, career, good versus evil—how did you come to write about a protagonist who finds himself in such intriguing moral and ethical dilemmas? And When can I get my hands on the next Dutch Francis novel?”
—Lawrence G. Townsend, Amazon Reviewer